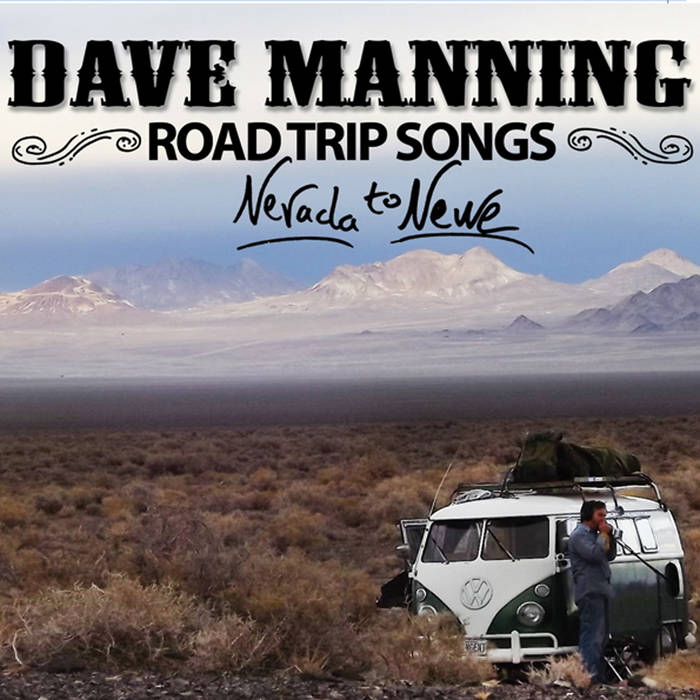 I live on the road, and these are road trip songs. The album was mixed on the car stereo in my tour bus. The piano and voice recorded in a 17th-century manor house in the Scottish Highlands, and the harmonica recorded in a remote Arizona canyon.

This album is a trip, a road trip. Ever since I was a little kid in the back of my parent’s Country Squire station wagon with the fake-wood paneling on the side, I’ve been more at home on the road than in any one place. Blessing and a curse that. The songs on this album are meant to flow together as one story. They sound best while driving along a highway. I mixed them on the car stereo in my tour bus. Like my first two; this album is long, it could easily be a double, I believe in giving value for money.

This road trip begins in the deserts of the American West. The long empty highways, mountains, and hot springs that are my home. Once a year, the people called burners come and build a temporary city in my home & I consider it my hometown. It’s strange to have a hometown that only exists for one week a year…unless your home is the road. When I sat down on the dusty ground under Mark Lottor’s Cubatron light sculpture at Burning Man 2009, I was lit, and just wanted to stare at the lights. I fell into a conversation with a woman sitting nearby. We talked until my bladder was full. I asked her if she wanted to come with me to the porta-poddies.

That was our first date. Two weeks later I was buying a plane ticket to a place I’d never heard of before: Aberdeen, Scotland, where she lives. Now I have two lives. One living in my ‘65 VW Bus touring the American West, and one living in the one-room cabin Mary built in the countryside of Aberdeenshire. There I went to a party at the House of Newe, a 15th-century manor house in the Highlands. I met a piano there, a magical piano. I didn’t know how it could ever happen, but I knew I wanted to record my next Album on that piano.

A year later, friends encouraged me to post a video on the universal net-web and just ask for the money it would take to make this album. It worked, over a hundred fans sent in money. They believed in me. Their confidence took my music to a new level. I listened to what they wanted, kept the arrangements sparse, let the songs breathe, and channeled my soul in chorus with the many ghosts in that old piano. Here is the result. And if you don’t like it, I’ll give your money back.

“Let the songs breathe.” And so I did. I played these songs like they should be played: from my heart. I relaxed, and for 3 summer days at the House of Newe I concentrated on nothing else but these songs. And whisky. But only in the evenings. I can’t say I felt or saw the ghosts in the 1916 Bluthner piano, but I do believe their hands were guiding mine those days. I’d never played like that before. That piano was lovingly passed down for 3 generations in that house; it hasn’t been moved from its spot since 1927. That’s why the songs are long. They are meant to be. I just didn’t know it until I let them breathe. I guess I’m like a painter that uses big canvases.

That’s why I couldn’t fit all the songs on this one CD. CDs are a terrible format, only 80 minutes, and digital; music should not be reduced to just numbers. But for now, that’s what we got. I didn’t want to drop songs from the Album, so I decided not to. To keep the disc under 80 minutes I put three of the longest songs on my website. They are free to download, please do. They include my personal favorite; the Oh Christ Instrumental Reprise. It’s almost 13 minutes. When you download them from my website, you’ll see lots of other free stuff I’ve posted up. Videos, audios, pictures from the road, and my radio show with stories and music from other artists I’ve met in my travels. If you can, please leave a little something in my digital tip jar. It will help keep me on the road; where I’m at home.

He's played Folsom Prison. He's opened for the likes of Dan Bern, Mose Allison, and Squirrel Nut Zippers frontman James Mathus. He's held up traffic all over the west puttering along in an old VW Microbus that Arlo Guthrie autographed. Dave is living his life in the old tradition of the traveling-storytelling songwriters. ... more

Bandcamp Daily  your guide to the world of Bandcamp